The 'Guts' Cover, With Art From Tony Moore

Here it is, the cover to "Guts: The Anatomy of The Walking Dead," with art by Tony Moore: 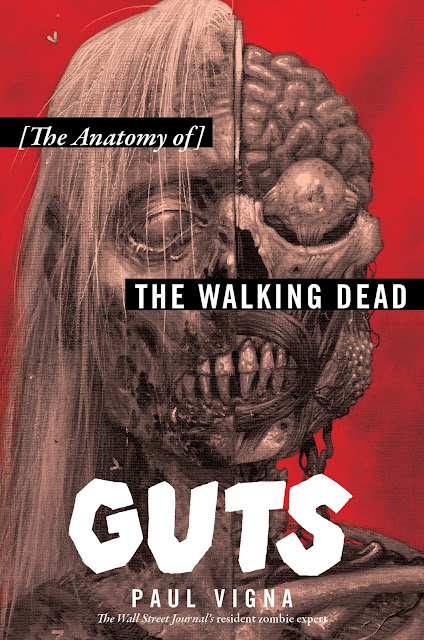 Grisly, right? I love it. Tony was the original artist on the graphic novels, a childhood friend of Robert Kirkman's, and they developed the story together. It was a big deal to get him to do the cover art for the book, and I'm very excited about it.

Publication is set for October, right around the time that season 8 of the show will premiere. If you want to order it now on Amazon, the page is here.

A Better Vader: How the Prequels Could've Been Saved 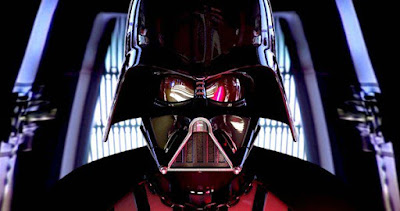 Darth Vader is one of the most iconic villains in film history. Yet the story of how he became that villain is a mess.

I've been thinking about this post for years. It probably started about four minutes after I walked out of my first viewing of The Phantom Menace, but I've been thinking about it more with Rogue One coming next month. The problem with the prequels is simply the clumsy way the central story is told: how Anakin Skywalker becomes Darth Vader. He's introduced as a slave boy, who becomes a powerful warrior, who turns to utter evil. The device they chose to get Vader to turn is his forbidden love for Amidala. He fears she will die and submits to the dark side in a fruitless effort to save her.

That's not awful in theory, but it's terribly unconvincing in its execution, and the three movies just collapse because of it. What's really needed is a story that makes his dark-side conversion believable, and also sets up his later redemption when he saves Luke and kills the Emperor. The prequels do not achieve this double-purpose at all. You need to show how Vader became a servant of the Emperor. Vader becomes a vassal of the Emperor, not a partner, and in that subtle reordering we will sow the seeds for Vader's eventual redemption.

The elements are there. What's needed is a tight story that brings them together.

What I've come up with is a story that builds from Episode I to III amid a corrupt, decadent Jedi order and a crumbling Republic. It turns on a new Jedi order established by Qui-Gon and including Obi-Wan, Anakin, and Amidala. The order is dedicated to restoring the old glory, and to fight a group that is killing Jedi, a group led by Darth Maul, whose role will be greatly increased. The final confrontation between Maul and Anakin is the event that turns the latter to the dark side. And that's not even the crescendo. The dramatic peak is an epic battle between Qui-gon, Obi-Wan, Amidala, Yoda, and Vader and the Emperor. 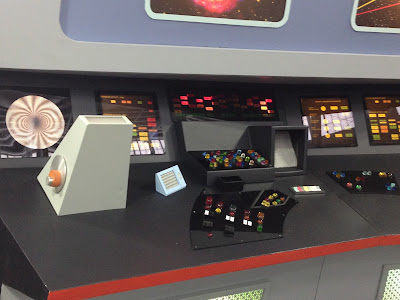 This week I sat down with Manu Saadia, the author of "Trekonomics." We had a great, wide-ranging talk, about Star Trek and the vision of the future laid out by Gene Roddenberry. We talked about the elements that contribute to the economics of the 23rd and 24th centuries, and we explored how many of those elements are either with us today, or exist in very nascent form.

It's very surprising to find that nobody's ever written a book about the economics of Star Trek before. You'd think somebody would have. What fascinating about it is that the path to the kind of world Roddenberry envisioned will have as much to do with economics and politics as technology.

Getting to a world where people work together, and racism and poverty is a thing of the past, may not be a question of technology, but rather politics. The tools will exist, the question is how will they be distributed. Ultimately, the question of whether our future looks like Star Trek or Terminator is less about the machines than it is about mankind. Have a listen. This was possibly my favorite podcast yet: Star Trek, economics, and even some bitcoin thrown in there, too.

That's not exactly the bridge of the Enterprise in the picture, but it's close. It's from the exhibit at Star Trek: Mission, the convention at the Jacob Javits Center this past weekend. It was built by James Cawley and his team, a group that's been making Star Trek fan films for about 15 years. I've got a feature in the works on it. 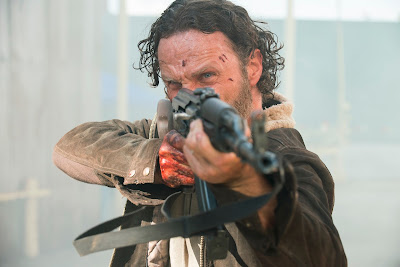 This is going to be the best "very special episode of" ever.

Who doesn't love a good crossover? You know, like Ray Romano showing up on King of Queens. The doctors from St. Regis having a drink at Cheers. Granny from the Beverly Hillbillies appearing on Mister Ed.

I guess that was on my mind lately. I was wondering - as many have - if there was any way to connect the cast of The Walking Dead with the spinoff show Fear the Walking Dead (I recap both shows for the WSJ, as you can see here and here, so I tend to think about them quite a bit.) The former is set in Georgia, and the latter in Los Angeles, and in case you don't know, the trains aren't running. So having these two groups of apocalypse survivors meet is pretty unlikely, but not impossible. Maybe it would have something to do with the cast of Z Nation? After all, they're in the same zombie boat, and trying to get from the east coast to California.

Then it occurred to me that there are a bunch of shows I watch that could conceivably be crossed over. Besides the three zombie shows, I also like Mr. Robot, Orphan Black, and Humans. Could there be a way to write one story that combines characters from all those shows? Just for fun, as a sort of as a writer's exercise, I tried to dream up a way to do it.

It all tumbled together quickly. Within an hour had the outline of one story that connects every show I follow on a regular basis. Essentially, it's this: A hacker society knocks out power across the country, which releases deadly rats from a genetics lab that spread a zombie plague. The only way to stop it is for the scientists at the lab to get back the one man who is immune, but he's clear across the country.

You can see where it's going if you watch the shows. What's more, it works out in a way that is actually pretty organic. It connects several completely separate shows (well, sort of completely separate) and doesn't violate the internal logic of any of them, I think, taking only minor liberties.

I even figured out a way to get a Rick and Morty cameo in there. 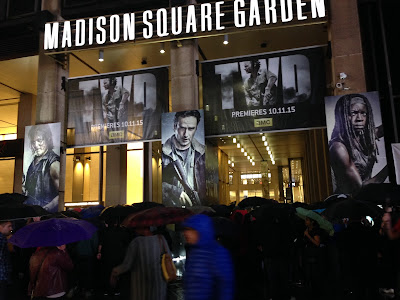 I was lucky enough to get a press pass to attend Friday night's "Walking Dead" extravaganza at Madison Square Garden. You can read my piece on it for the Journal here. But, I took a bunch of photos, most of which we couldn't use for the post, so I thought I'd share those here.

I will say, personally, it was a blast. It was very unusual to watch a TV show in a theater setting, with a huge high-def screen and pounding sound system. With more than 10,000 other fans cheering and screaming, it was unlike almost anything else I've ever experienced.

They really did a great job of creating the right atmosphere. They had people shambling around dressed up like zombies: 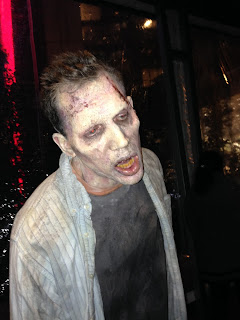 And they even trucked in the Governor's aquarium: 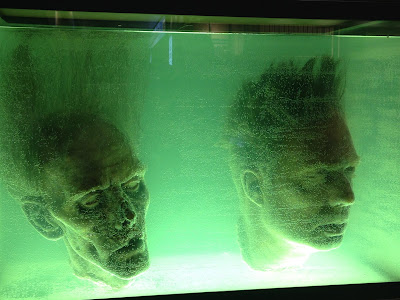 Home Movies Will Never Be the Same

Back in the spring, when I went to South by Southwest, I met up with Sean Ramsey, a Toronto production guy who had ditched his production company to start a new company building 360-degree cameras. He called it the bublcam, and that day he gave me a little demo of it.

This month, the company sent me one to test out for myself, which I've been doing. Here are some of the photos I've taken. It's not quite as easy as shooting with your cellphone, but your cellphone can't do this.

I was in Washington on the 10th for a conference, and took a little time to walk around the Mall.

I should've put this on here a while ago. It's the talk I did with Mike and the Economist's Matthew Bishop in June at the OnCue2015 conference in Boston. This panel was held in the Memorial Church at Harvard.

It was shot with a VSN Mobil 360-degree camera. I just placed the camera on our table, and let it run. The way the software works, it cuts the video in half for viewing in these kinds of environments, but if you watched this with virtual-reality goggles, you'd get the full 360-experience. It's kind of wild. 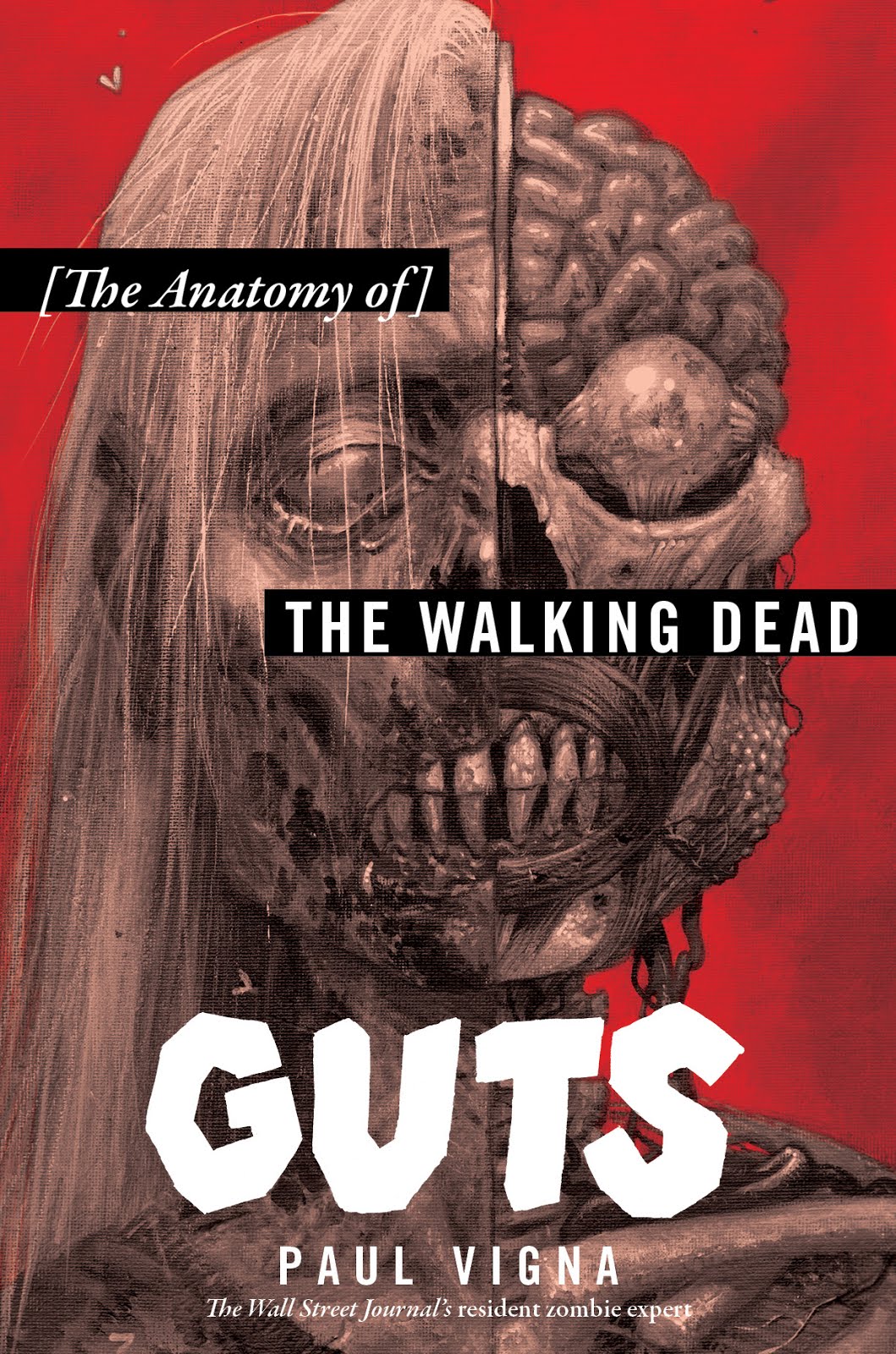 Goodreads reviews for The Age of Cryptocurrency

Check out my photo gallery, Man With a Gallery. Pictures from Rome, New Orleans, and Jersey City.